In 1972 - 30 000 signatures were presented to parliament in a bid to safeguard Te Reo Maori. Today we joined the rest of the nation in remembering and celebrating this moment in NZ history - with Maori being one of New Zealand's 3 official languages.
To celebrate this moment, we stood and sang 'E Ihoa' and 'Tutira mai' with Whaea Maryanne as a whole school @ 12pm. We also celebrated by writing a kupu/word we know in Maori and sharing it with the class. Check out our 30sec video to celebrate this moment.
Room 11.
Posted by Latini Ilaoa at 08:13 No comments:

Taha Whanau task: 5 Values that are important in a Tongan household!

Taha Whanau task: 5 Values that are important in a Tongan household!

Malo e lelei katoa,
and this week is Tongan language week. Hurray! because as you know I am Tongan. But for you guys who didn't know it's fine.  But let's get to the point. Today we are doing our taha challenges. Which today one is Taha Whanau/family. And for this task we have to write 5 Value that are important in a Tongan household. Which I know very well as I am Tonga LOL! And so  I found this task so fun! designing and explaining about the 5 values, to those who are not Tongan and I also put pictures too. To show you guys about the 5 values. SO I really hope that you enjoy the 5 values. FYI I was really trying to make this look pretty:)

How Tongans keep their traditions alive

Our reading this week is all based around Tongan texts. One of them was Ngatu: Keeping the tradition alive. Here are 5 things I learnt from that text.

Posted by Latini Ilaoa at 15:39 No comments:

Task Description: Some may not know but this week it is Tongan language week! Tonga is a little island in the pacific region that lies within  the biggest ocean in the world together following with Samoa, Fiji Niue and more. I am gladly proud to say I am Tongan but a proud one that lives in New Zealand but still takes her culture as a priority. This week is very important for me and for my fellow Tongans as it is a week of celebrating the place where our ancestors came from. It's also a time of learn about our culture and it's history. The reason why it's called Tongan languages because we are trying to keep the culture going even in this modern time. I'm way more excited because of all the stuff I 've heard we are going to be learning this week. Together with our math, reading and writing we have something that relates to this weeks special occasion. ! " HAPPY TONGAN LANGUAGE WEEK EVERYONE" !
Posted by Latini Ilaoa at 15:37 No comments:

In week 3 our Year 8 students went off to leadership camp. While they were gone, our Year 7 students took part in our Y7 Step Up programme. The aim of this programme was to encourage our Y7 students to step up as leaders and sometimes this means stepping out of their comfort zone. Students were split into 3 groups: Strikers, Duck Life and Team Thunder. Upon their reflections, the team leaders shared how they got to mix and mingle with students they would not have normally worked with and this helped to build relationships across the year level and make new friends.

Some of the activities we did were solving murder mysteries, art and minute to win it games. It was great to see teams working together and supporting each other throughout the three days. Here is a little snippet of some of the fun we had. Keep stepping up Year 7's!

Posted by Latini Ilaoa at 15:20 No comments:

Email ThisBlogThis!Share to TwitterShare to FacebookShare to Pinterest
Labels: 2020, Step Up, Year 7

Next week is our Year 8 camp so to fundraise, we held a garage sale in the weekend. We had a variety of things to sell from our very popular bake sale, Mrs Flavelle's bric a brac table as well as our usual cheese toasties, hot dogs and hot and cold drinks sale.

We were also joined by many other vendors who packed out our hall with many different things to buy. Sands and Talitha groups had a lolly stall as well as chop suey and potato salad, Whaea Saff had deliciously hot mussel chowder and fried bread and even Team 4 teachers had a stall! They were selling yummy pulled pork buns and waffles.

Mrs Ilaoa's sister had beautiful succulent plants and Tamaki College had clocks that students made out of vinyl CD's. 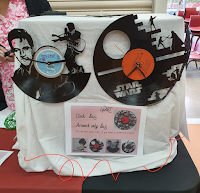 Overall a very successful day for our Team 5 campers and a great day connecting with our community. Thank you to everyone who contributed to our bake sale and who came along to buy lots of goodies.
Posted by Latini Ilaoa at 14:13 No comments:

A World of Difference

Welcome back to Term 3! After a very different Term 2 we were very excited to get back to our Immersion Assemblies to see what our inquiry is for this term. 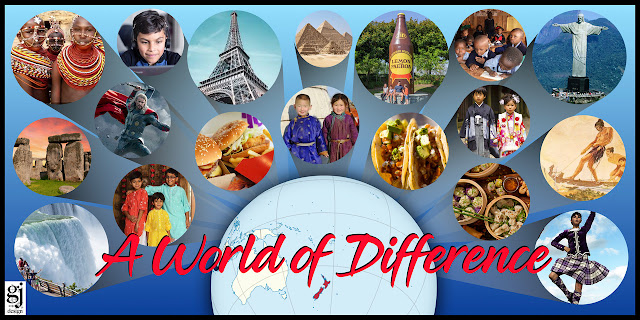 In Team 5, our teachers performed a beautiful story about Sina and the Eel from Samoa. Mrs Tele'a explained that we were covering myths and legends from around the world. Specifically, we are looking at myths and legends that help to explain land forms, monuments or pieces of nature.

The story of Sina and the Eel goes like this. Once upon a time there was a beautiful girl named Sina. She befriended an Eel as she spent more time near the water. 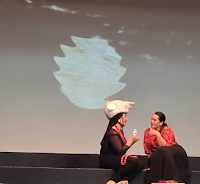 As time went on, the Eel got bigger and bigger. He told stories of once being a handsome prince and one day they would live happily ever after. But as he grew bigger and stronger and his affection for Sina grew stronger, sadly Sina did not return this same feeling. She ran away to her relatives. However, as she was near the water, the Eel popped up everywhere she went.

She became frightened and ran to her uncle who ordered his son to deal with the Eel once and for all. The warrior sliced the eels head off. The eels dying wish was for Sina to bury his head in the ground. From that grew a coconut tree. 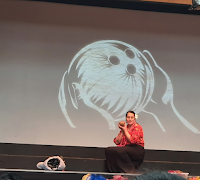 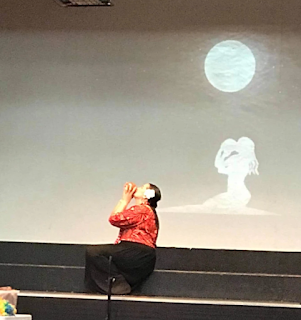 Posted by Latini Ilaoa at 15:26 No comments: